Air travelers around the world are all too familiar with how much time an aircraft spends on the ground. Each airplane has to move away from the gate, across the tarmac and wait to get into position for takeoff on the designated runway.

Although airports and traffic controllers strive to keep taxi time and tarmac delays to a minimum, it can often take many minutes of start-and-stop maneuvering before an airplane actually takes off. Typically, the busier the airport, the more time an aircraft spends on the ground – with some busy airports seeing durations as long as 30 minutes between pushback and takeoff.

Too Much Fuel is Wasted While Taxiing

Taxiing, sometimes called “taxying”, refers to an aircraft’s movement while on the ground, under its own power. This term excludes the accelerating run along a runway before takeoff and the decelerating run immediately upon landing.

By using jet engines as an aircraft’s primary thrust for taxiing, airlines are expending huge amounts of jet fuel while still on the ground, which could be much better used for flying. With the Cost of Fuel being their single biggest expense, many airlines plan to adopt electric taxiing to save fuel and reduce environmental impacts.

How Does Electric Taxiing Work?

Electric taxiing systems use electric motors fitted inside the wheels of the aircraft’s landing gear. Electric power is supplied to these motors by an onboard Auxiliary Power Unit (APU). This innovative new approach enables airplanes to move backward and forward solely under electric power. This way, aircrafts can avoid reliance on main engines for traversing the airport taxiways while burning fuel unnecessarily.

In addition, the electric motors’ ability to operate in both reverse and forward modes mean that ground equipment will no longer be needed for pushback or towing operations. This will ease congestion in the gate areas and enable ground staff to shorten aircraft turnaround time. Some other important benefits include:

According to one of the industry’s leading suppliers and a pioneer in electric taxiing solutions, “operating an Airbus A320 with the Electric Taxiing system at American airports for a year offers benefits that are equivalent to planting 948 trees, in terms of reducing CO2, and eliminating 932 cars, in terms of reducing nitrogen oxides (NOx).”

Enabling Technologies: Fuel Cells will be Key to Success

Embedded wheel units and the corresponding basic electric motor technologies needed for electric taxiing are already available in the market. Work is currently underway to optimize their integration into the landing gear. However, the technology required to enable APUs to provide sufficient onboard electricity is still being refined.

Designing APUs around conventional battery technology is not ideal because of the excessive weight needed for batteries to provide sufficient power. There are also concerns about the need to integrate charging systems for onboard batteries, which means additional weight and overall system complexity.

In recent years, the adoption of hydrogen fuel cells for electric vehicles has accelerated in the automotive industry, as the market trend shifts from fossil fuels to clean energy. Fuel cell energy applications extend far and wide, with its technologies applicable across other transportation industries as well. In similar regard, the aviation industry is well positioned to take advantage of fuel cell design progress.

An emerging consensus has now formed amongst industry experts regarding the use of advanced fuel cell technologies to implement onboard APU functionality. As a custom applications specialist with expertise in the design and production of critical elements used in hydrogen fuel cells, Interplex is already working closely with aircraft makers and suppliers to adapt fuel cell technology for electric taxiing.

Our high-precision bipolar plates (BPPs) are at the heart of the fuel cell energy generation process. Multiple BPPs, with a Membrane Electrolyte Assembly between each BPP, are combined within each fuel cell to provide the required level of electrical energy production, in much the same way that cells in a battery collectively combine to deliver specified output levels.

Leading aviation companies and manufacturers trust in Interplex’s expertise and knowledge to customize BPPs that adhere to the stringent standards of the aviation industry. We take time to understand the application requirements and operating conditions — such as temperature and acidity levels — in order to tailor-make the best-fit solution for fuel cell systems.

By leveraging our proven design and production processes and adapting them for specific aircraft requirements, we can customize the size, material, coating and features of BPPs needed to create fuel cell APUs that support onboard electric taxiing capabilities.

As the move to using electric taxiing for commercial aircraft replaces the current practice of taxiing by using an airplane’s main engines, the aviation industry will see both significant cost savings and positive environmental results.

Some of these benefits include:

Electric taxiing is exceptionally advantageous in busy airports where taxiing operations can sometimes take 30 minutes. It is also beneficial for airlines that make numerous shuttle trips in a single day – many of which have already expressed an interest in this aircraft fuel saving solution.

By taking steps to adopt this innovative, strategic and revolutionary technology, airlines can potentially save hundreds of thousands of dollars per aircraft per year, and simultaneously reduce the environmental impact of their ground operations for a cleaner, greener tomorrow. 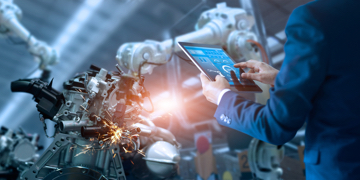