Many people have heard the term Internet of Things (IoT) used to describe how an explosion of “smart” connected devices is radically changing the world around us. Typically, articles about IoT focus on consumer devices such as smart home controllers, appliances, automotive in-vehicle communication devices, wearables, and other end user applications.

This article delves deeper into a lesser known but very important and wide-ranging segment of IoT, known as the Industrial Internet of Things (IIoT). The adoption of IIoT is transforming how business operations are carried out, especially factory floors and warehouses or other industrial environments such as infrastructures for communications, power distribution and utilities.

In addition to an overview of how ubiquitous interconnected devices are enabling the transformation known as “Industry 4.0”, this article also drills down and explores how Single-Pair Ethernet (SPE) is providing a key underlying technology for IIoT deployments.

How the Internet of Things is Changing Industry

The IIoT generally encompasses interconnected factory floor equipment, instruments, sensors, and other devices that are networked together to automate and improve productivity for manufacturing, energy management or other complex industrial environments.

It represents a long evolution in process control that began in the 1960s with the invention of Programmable Logic Controllers (PLCs) in the automotive industry that enabled production and assembly machines to be programmed and interlinked. This concept of “interconnectedness” continued to evolve for several decades with both machines and networked control methods getting smarter and more capable.

In 1980, the adoption of the first Ethernet standard enabled a higher level of connectedness by leveraging its standardized networking protocols for faster and more robust communication between devices. Then with the advent of the internet, the evolution shifted into high gear as widely dispersed devices could be truly connected across wide ranging, inter-networked environments using flexible protocols that handled virtually any type of digitized information.

Over time, more advanced industrial networking embraced and incorporated a widening spectrum of related technologies such as advanced robotics, RFID, machine-to-machine (M2M), artificial intelligence (AI), big data, cloud computing, mobile devices, cybersecurity and more. This blending of complementary technologies now has accelerated innovation into many new arenas and is now ushering in a new transformational era that is often referred to as Industry 4.0.

How Single-Pair Ethernet is Accelerating and Expanding IIoT

While, as described above, Ethernet played a key role in the evolution of industrial interconnectedness, for many years it generally was a “backbone” technology that did not necessarily reach all the way to terminal end devices. Ethernet became the standard protocol for integration of operational functions such as process management, ERP, QA, and integrating factory floor with other corporate departments.

However, conventional Ethernet was difficult to extend out to all equipment, sensors, actuators, inventory control points, and remote infrastructure devices because of the sheer volume of end points that would need to be cost-effectively connected. For example, the investment to connect hundreds of thousands of individual sensors and actuators in an extensive production plant would become prohibitive with conventional Ethernet cabling, peripherals, gateways, translators, etc. In effect, connecting any simple end-point device would require two pair cabling for 100 MB Fast Ethernet and four pair for 1000MB Gigabit Ethernet.

The development of Single-Pair Ethernet overcame these limitations by making it practical to transmit both signaling and power over only one pair of copper wiring.

Deployment and retrofitting also became much easier with SPE. From a space perspective, SPE easily replaces existing two-wire systems and is compatible with the terminal block-style connections typically found in most building and industrial applications.

SPE has gained global acceptance as an industry standard through the efforts of the SPE Industrial Partner Network, of which Interplex is an active member. This strong partner network helps assure consistent definition, management, and evolution of SPE related standards including support of the T1 Industrial interface according to IEC 63171-6 as a uniform Media Depended Interface (MDI) as defined by the ISO/IEC JTC 1/SC 25/WG 3 and TIA42 in 2018.

For the reliable establishment of the entire future SPE ecosystem, standards for transmission

protocols, cabling and device components are also jointly supported. Therefore, all members of the partner program, as well as ISO/IEC JTC 1/SC 25/WG 3, are in close exchange and intensive cooperation with IEEE 802.3 and IEC SC46C for uniform transmission standards and copper data cables.

Building upon this standards-based infrastructure, Interplex has developed a range of connectivity solutions that are SPE-compliant, both for meeting off the shelf requirements and for providing the adaptability to create custom SPE-compliant solutions.

As Industry 4.0 becomes a widespread reality, factory floors and other industrial ecosystems are being transformed into seamlessly interconnected super-systems that are optimized for automation, scalability, flexibility and built-in intelligence.

By actively working within the SPE Partner Network and leveraging our long history of innovation in interconnect technologies, Interplex is helping make that future a reality today. 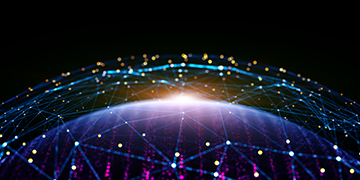